Aljamain Sterling weighed in on a potential boxing match between Jake Paul and MMA legend Anderson Silva. “Funk Master” praised Silva’s skill, but claimed that Paul has the power to “hurt” him.

The UFC bantamweight champion addressed the Silva-Paul match rumor in an edition of The Weekly Scraps Podcast. Sterling said:

“I know Anderson Silva was supposed to be a favorite for a clash with him, which is also like what, 45 [years old]? If Jake can legitimately connect, I think he would actually hurt Anderson. But I think Anderson still has the skills, a real boxing skill set, where he can probably put it back together a bit. But I think, Paul, the same [as the Tyron Woodley fights] – he’s going to fight a smaller guy. He’s going to tie him up, lean on him a bit. “

Sterling went on to explain that he didn’t appreciate the significant amount of wins in the Paul-Woodley rematch and went on to praise Silva’s punching skills.

“And I think that might be a factor because he’s a young guy. He knows how to catch you. He’s done it so many times against Woodley; it was like, so boring. I thought,” Yo, these guys probably won 30 times in the first five rounds. And that pretty much kills the whole fight. So now with this one it’s like, Silva has hands. We know Silva has hands. The only thing is he can shoot? I don’t think he really can. But there is only one way to find out. I don’t want to see more MMA legends on display. “

Following his sixth round knockout victory over Tyron Woodley earlier this month, Jake Paul challenged UFC megastars Jorge Masvidal and Nate Diaz to face him in the boxing ring.

Watch Aljamain Sterling address a possible Jake Paul vs. Anderson Silva fight in the video below: 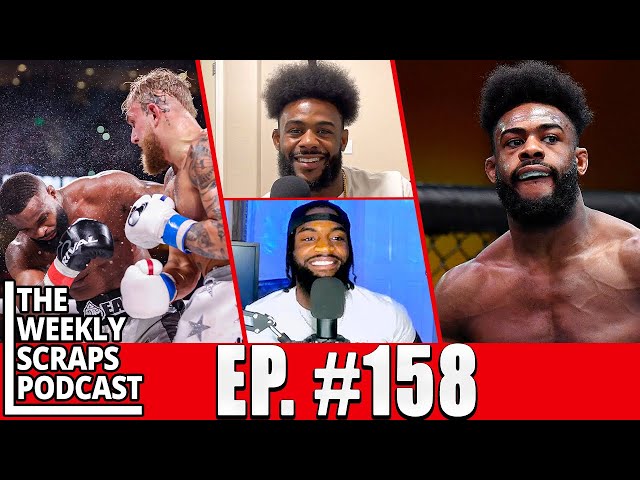 Another variable in play, when it comes to Jake Paul’s next fight, is Julio Cesar Chavez Jr. The Mexican pugilist is from the much revered Chavez boxing family and is a former middleweight boxing champion.

Chavez lost to former UFC middleweight champion Anderson Silva by split decision in June, but returned to the winning column by defeating David Zegarra by unanimous decision on December 18.

Do you want to see him boxing again? If so, against whom? ?? #ChavezJrSilva

Anderson Silva managed to upset Julio Cesar Chavez Jr. Would you like to see him box again? If so, against whom? ?? #ChavezJrSilva https://t.co/luG1oewR2K

It is believed that Jake Paul will likely face Silva next. However, Chavez recently claimed that Paul’s team had contacted him regarding a possible fight. Noting that he is ready to fight “The Problem Child,” Chavez said:

“Jake Paul and his people contacted me about a fight with Paul… I said yes.” Emphasizing that the fight would bring in millions, he added, “I made it clear that it has to be a 50/50 split for me to take the fight.”

Julio Cesar Chavez Jr confirmed that he is now in negotiations with Jake Paul: “They offered me one to three million dollars, plus the PPV. I have a name, I am a former world champion, so I I made it clear that there had to be a 50/50 split for me to take the fight. ” [@FightNews]

Julio Cesar Chavez Jr confirmed that he is now in negotiations with Jake Paul: “They offered me one to three million dollars, plus the PPV. I have a name, I am a former world champion, so I I made it clear that there had to be a 50/50 split for me to take the fight. ” [@FightNews]