Anthony Johnson has slammed Bruce Buffer for suggesting fighters “become useless” when they leave the UFC.

The topic of fighter pay, or lack thereof, has been a hot topic in recent weeks.

Reigning UFC heavyweight champion Francis Ngannou is currently at an impasse with promotion officials over his existing contract, and boxer Jake Paul has hinted at the creation of a fighters union mma.

After ‘The Predator’ made an appearance on Bruce Buffer’s podcastThe man behind the famous “it’s about time” quote didn’t mince words when discussing his thoughts on leaving the UFC in favor of new pastures.

“No offense to other organizations, but you become useless when you leave the UFC after a while.”

“Instead of losing in the UFC, your contract ends in the UFC, and you fall from the Octagon to Bellator [etc]. Let’s just hope everyone comes together [to sort out a deal].” 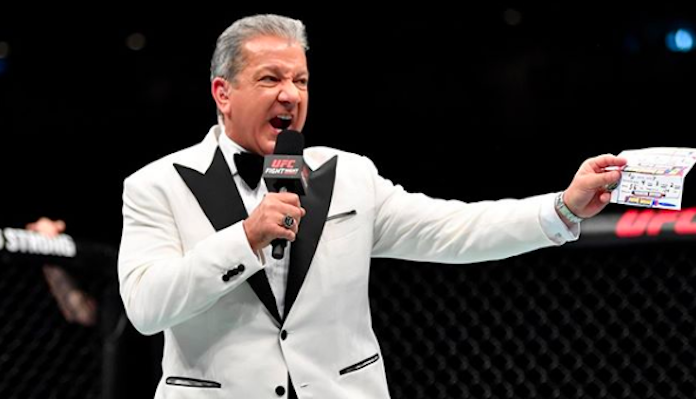 “Bruce needs to stay away… How is something irrelevant when it comes to providing food and shelter for the family? Oh, by the way, I got paid a lot more to switch organizations.

“Bruce has his money guaranteed so he can talk. FIGHTERS have to wait and entertain people when they have the chance to win money.

Johnson (23-6 MMA) last competed in May 2021 where he booked a trip to the Bellator Light Heavyweight Grand Prix semifinals with a second-round knockout of Jose Augusto.

‘Rumble’ was later forced to withdraw from the tournament entirely due to illness.