Charles Oliveira is one of the most respectful and inspiring fighters on the UFC roster. In another heartwarming gesture, ‘do Bronx’ has extended his stay in the United States to help Chute Boxe teammate Allan Nascimento.

Oliveira picked up an impressive submission win over Justin Gaethje in the main event of UFC 274 on May 7. Instead of heading home to celebrate his win, ‘do Bronx’ chose to help Nascimento as ‘Puro Osso’ prepared for his flyweight clash with Jake Hadley. at UFC Vegas 54.

Oliveira was seen helping Nascimento lose weight just a week after his fight against Gaethje.

Watch the video below:

“Many wonder what our team secret is, and this pic says it all, @charlesdobronxs had one of the most important fights of his life exactly 1 week ago as he went through a lot of physical and mental stress to be able to bring victory, and the next day instead of going home, resting and seeing his family, he drove through Arizona and came with me to Las Vegas, because here we would have more wars, and so it was, he was next to @allanpuroosso o the whole time, even with stitches in his eyebrows, they did rollers, sauna and gave all the help needed until let the weight be beaten, and it will not end there, tomorrow morning we will do another training, all together, the last sweat, so that the night is already next to me in the corner.” translated by Google translate

Nascimento praised Charles Oliveira during the post-fight presser following his win over Hadley. ‘Puro Osso’ pointed out that Oliveira is still a champion despite being stripped of his title due to his controversial underweight.

“Charles is the best man, the best guy. He has the best jiu jitsu in the UFC. He is my corner today. Talked about all skills at all times. He’s the champ. He has a name, Charles Oliveira.

Watch Nascimento’s appearance at the post-fight presser below: 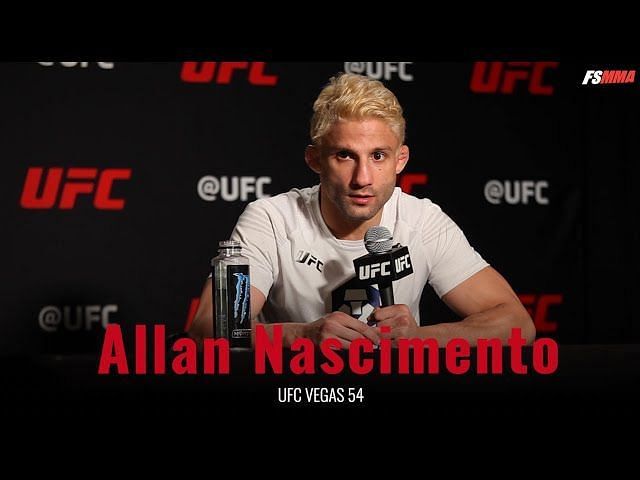