Daniel Cormier has sparked a huge debate in the MMA community after appearing doubtful about Fedor Emelianenko’s chances in the UFC.

The former two-division champion said the heavyweight legend would have been “average” at best if the promotion led by Dana White signed him between 2009 and 2012.

However, veteran ‘Big’ referee John McCarthy believes Daniel Cormier is biased towards the UFC. In the last episode of his Weighing podcast, McCarthy said:

Supporting his argument, McCarthy added that Emelianenko had eight wins in 10 fights against UFC champions, with one loss and one without competition. With an 8-1-1 record against the world’s best heavyweights, McCarthy fails to see how Emelianenko would have been “average” in MMA’s biggest promotion.

“In 10 fights against UFC champions, heavyweight champions, he was 8-1-1. Yeah, he’s a guy who’s going to average [in the UFC]. Stop. You sound like a homer for the UFC when there’s no reason for it. You got to give back what’s owed … He fought twice as hard as you, man, and look at his record … It’ll never be way. “

Watch John McCarthy’s comments on the Weighing In podcast below:

Fedor Emelianenko is rumored to have signed with the UFC in 2009. Dana White said he was “obsessed” with the super fight happening between the Russian and UFC heavyweight champion Brock Lesnar.

Daniel Cormier, clarifying his comments in a YouTube video, said he was only evaluating how Emelianenko would have performed in the UFC during the specific period from 2009 to 2012. He suggested improving the quality of the division. heavyweights of the UFC at the time, associated with that of Fedor. decreasing speed, would have left “the last emperor” in trouble. 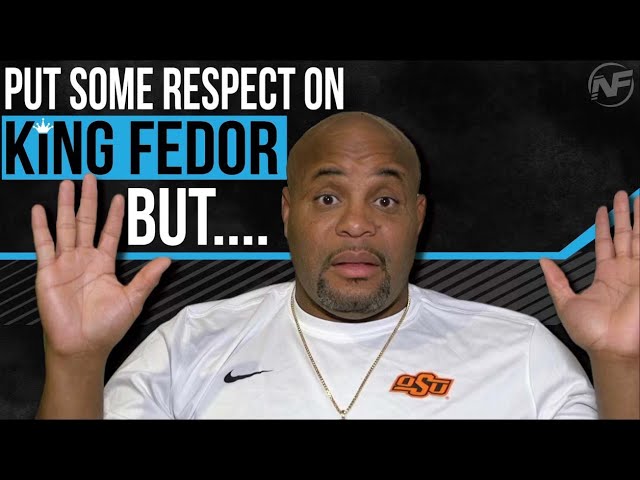 Emelianenko signed with Strikeforce in 2009. After a successful debut, he lost three consecutive fights to Fabricio Werdum, Dan Henderson and Antonio Silva. In 2012, he announced his retirement from the sport before making a comeback three years later.

Watch: When other fighters got the better of Conor McGregor in a trash speech