Even though Israel Adesanya is at the peak of his career in mixed martial arts, he also seems to be on top when it comes to his future plans.

The UFC middleweight champion recently appeared in an interview with TMZ Sports and revealed he would be interested in motion capture for movies and video games.

Adesanya cited the example of renowned Hollywood personalities Andy Serkis and Benedict Cumberbatch as actors whose work he would like to emulate:

“They came. They hit. Later I’ll try. I really want to get into motion capture – for movies or for games – stuff that Andy Serkis does. He’s like the GOAT at that. [Benedict] Cumberbatch, he did it for the dragon… that kind of stuff turns me on. The good thing about motion capture is that I don’t have to be there to do it. I don’t need to go to Hollywood. You can do it at home and they just ship it.”

Watch the full interview below:

Actor-producer Andy Serkies is a master craftsman in the art. He carved out a place for himself in motion capture and vocal performances with roles like “Gollum” in the The Lord of the Rings and The Hobbit trilogies, ‘Caeser’ in the Planet of the Apes franchise, and ‘Supreme Leader Snoke’ in the star wars previous movies.

Benedict Cumberbatch has been hailed for his outstanding portrayal of the dragon ‘Smaug’ in The Hobbit trilogy. A video of the British actor filming for his scenes with sherlock co-star Martin Freeman, who plays the character of main protagonist ‘Bilbo Baggins’, went viral shortly after the film’s release The Hobbit: Desolation of the Smaug.

Israel Adesanya voiced a character in a popular anime sequel

From what “The Last Stylebender” has revealed in his recent interviews, he’s already made significant progress towards achieving his goals.

While chatting with comedians Andrew Schulz and Aakash Singh last month on their podcast Blatant 2Israel Adesanya shared that he was offered a role in a Marvel Studios movie but couldn’t accept it due to visa issues amid the pandemic:

“I’ve had a few offers already. But I wouldn’t get an O-1 visa. Last year, a big Marvel movie…was offered to do it – a speaking role, a fighting role. But then I wouldn’t have I don’t have an O-1 visa It’s been a little delayed and for Marvel to delay filming a day is like 160,000… but now we’re gonna stay ready.”

Watch the podcast below: 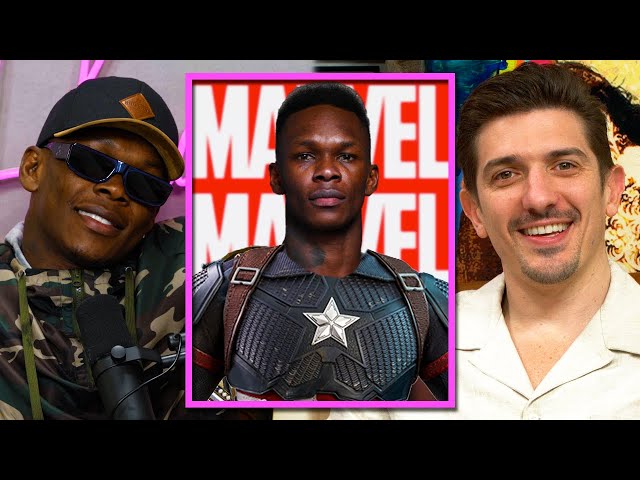 Even though he missed working with Marvel Studios, Israel Adesanya has already dipped his toe into voiceover work.

The Nigerian-born UFC champion‘s love of anime is no secret to his fans. of its various naruto poses during the weigh-ins and inside the octagon at his Avatar-inspired nickname, the signs are everywhere.

That being said, the fan-favorite fighter is currently enjoying the benefits of his new multi-fight contract with the UFC, making Israel Adesanya one of the highest paid athletes in MMA.