Jack Hermansson isn’t happy with how his freestyle wrestling match with Khamzat Chimaev went. The duo faced off in a wrestling match in November last year, with Chimaev emerging victorious on the night. Looking back on the match, “The Joker” thinks he should have done a lot better.

In a recent interview with The Schmo, Hermansson said he would love to throw him back because he feels he is the better grappler. He explained that he was a bit taken aback by Chimaev’s explosive departure and that’s probably what cost him.

By the time he was able to establish some sort of dominance, Hermansson declared the game over. If they do get a rematch, the Swede said it would be a grappling fight instead of a wrestling. He said:

“I wasn’t very happy with that one. I think you know you have to be, especially with Khamzat, you have to be awake from the first minute. He’s a very quick starter, I’m a bit slow so when i felt like i was going into the fight the fight was pretty much over so yeah you gotta be ready from the start the hype is real with this guy yeah he’s definitely good but yeah I see myself as a better grappler so I would love to have a rematch with him in a grappling fight instead. That’s right, it was grappling, it wasn’t grappling.

Check out the interview below: 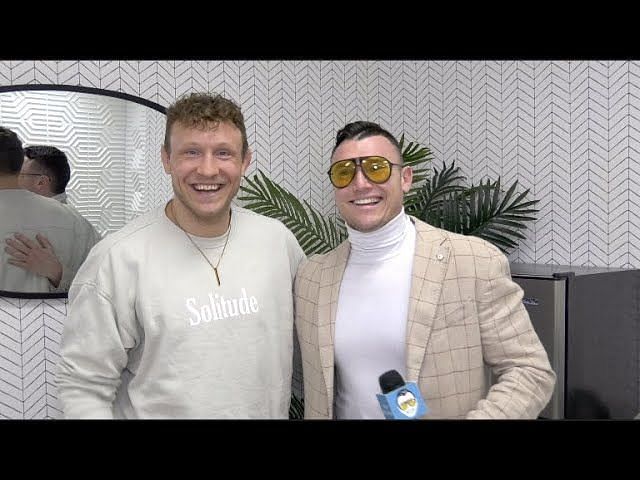 Jack Hermansson is set to take on No. 7-ranked middleweight Sean Strickland in the main event of UFC Vegas 47 on Feb. 5. Although “The Joker” is ranked higher than his opponent, he is the underdog before the fight.

Strickland is on a five-game winning streak and will be looking to extend the same into the night. Hermansson, however, remains confident in his abilities and believes he will emerge victorious despite being the betting underdog. He said:

“I really think they are wrong, but someone is going to make a lot of money off of me.”

It will be interesting to see who emerges victorious in this classic stylistic clash between a world-class grappler and a prolific striker.