Junior Dos Santos has opened up about the “absurd mistakes” he made during his UFC fights with Cain Velasquez.

Junior Dos Santos, reflecting on the mistakes he made inside the cage with Velasquez, spoke to ‘MMA Fighting’ saying:

“There’s always that thought, ‘What if that happens?’ You can’t pay too much attention to this. They are mental blocks that hold you back and don’t allow you to show your full game. For example, I love to do jui-jitsu. I love to wrestle and all the stay, but I would always avoid (doing it) in the UFC One of the absurd mistakes I’ve seen over the past year, (reflecting) Cain Velasquez’s fights, especially the second.

“He (Cain) went for five or six takedowns early in the fight and I defended every single one of them. Knocked his face on the mat and I left. I walked to the other side of the Octagon and gave him space to get up comfortably, whenever he felt good, and continue. Several other errors too, but this is the one that feels like a slap in the face. Like, “What the fuck are you doing?”

“His face hit the ground, all I had to do was take his back, climb to the top, pick up the mount and embrace the situation. I went far to avoid the ground and wrestling because he was a wrestler and my goal was to box, to use my boxing. It became a (mental) blockage because it didn’t allow me to use everything I had, all my arsenal. 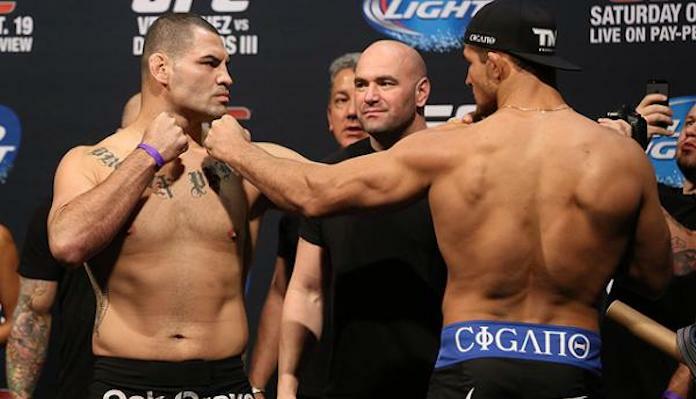 “And it was simple, especially in the second fight, but also in the third. So many situations where I could take his back or step up or put my knee on his stomach and punch. Control aside and do something, even if it was only to score points. But I didn’t do that. I walked away and gave him the opportunity to get up comfortably, whenever he felt good, breathe as he wanted, and then get back to fighting.

In conclusion, Dos Santos continued to reflect on his mistakes:

“Wow, I can’t even explain this without feeling weird. The absurd mistakes that I have experienced and this moment of reflection that I am experiencing at the moment have made me see things more clearly. And I don’t want to make mistakes like that anymore.

Junior Dos Santos is scheduled to face Yorgan de Castro (6-3 MMA) in the main event of Eagle FC 47 today, Friday, May 20 in Miami, Florida. This will be Dos Santos’ first non-UFC fight in nearly 15 years.

Are you going to watch? What’s your prediction for Dos Santos vs de Castro?