Kevin Lee talked about his favorite MMA moment. In an interview with Eagle FC“The Motown Phenom” has revealed that Anderson Silva’s second-round knockout loss to Chris Weidman in their first fight at UFC 162 in July 2013 is his most treasured moment in the sport.

In an interview with Eagle FC, Lee was asked to name his favorite MMA moment. He responded by saying:

“Man, it’s tough. It is so. The one that really stands out is Anderson Silva getting knocked out with Chris Weidman. I remember exactly where I was at that time. It’s etched in my memory forever when he landed that shot. And that’s right; I was alone and I still remember it.

“The excitement, the emotion; he bottled so many emotions into one. And it was like, ‘Damn. That’s why you really like that shit. You never know what will happen. Anderson Silva seemed so unbeatable at the time. And Chris Weidman just seemed; Alright, we’re here just watching him get slaughtered. And he even surprised Anderson, I think. And, yes, I will never forget it.

One of the biggest shocks the UFC has ever seen!

When Anderson Silva showed up at UFC 162, All American Chris Weidman made him pay!

One of the biggest shocks the UFC has ever seen! When Anderson Silva showed up at UFC 162, All American Chris Weidman made him pay!#UFCVegas6 | saturday | BT Sports 1 HD https://t.co/jw31uo5w1Q

Lee’s most recent MMA fight was a welterweight (170lb) bout against Daniel Rodriguez at UFC on ESPN: Barboza vs. Chikadze in August 2021. Lee was defeated by unanimous decision.

Furthermore, he also tested positive for Adderall and was given a six-month suspension for the same. His suspension ends Feb. 28, 2022. He parted ways with the UFC last November and signed a four-fight deal with Eagle FC.

Watch Kevin Lee’s interview with Eagle FC in the video below:

Lee and his former UFC fighter Diego Sanchez are set to debut for the Eagle FC MMA organization.

He is scheduled to fight Sanchez in a 165-pound (light welterweight) bout at Eagle FC 46 on March 11. Sanchez recently spoke to MMA enthusiast talk about his preparations.

“The Nightmare” suggested he intended to work hard and beat the much younger Lee, much like what the legendary Randy Couture did to young fighters back in the day. Sanchez said in this regard:

“I’m just preparing for this talented young fighter in Kevin Lee man. You know he’s one of those great fighters that kind of failed in the UFC, and I’m waiting for the best Kevin Lee coming out of Sanford MMA They have a great team and a great group of guys there. 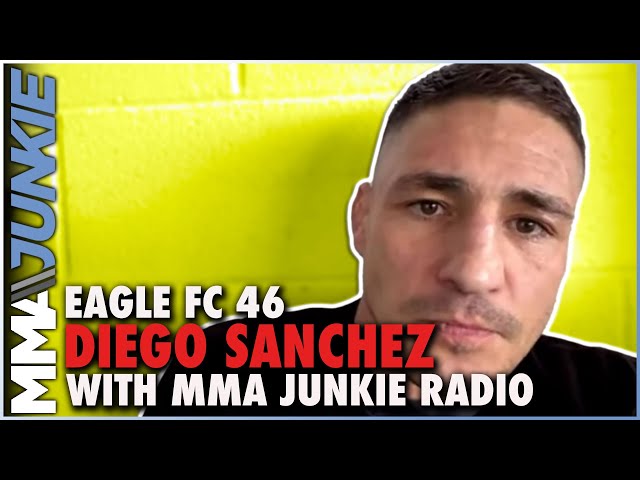