Khamzat Chimaev messaged Gilbert Burns ahead of their agreed-upon, but not finalized fight. The rising welterweight star claimed he would smother Burns, despite the Brazilian being a decorated Brazilian jiu-jitsu black belt.

“Borz” released the statement during a training session in a video posted on his YouTube channel. Chimaev explained that he loves ‘Durinho’ as a person, but that won’t stop him from knocking him down once they share the octagon. The Chechen-born Swede said:

“I know a couple of times my coach has smashed him on the mats too, Gilbert. We’re going to smother him. Blue belt against black belt. I like that guy actually. He’s funny, nice guy. I want to fight with him. But in a war brother, you know? I can’t be nice. I want to eat everyone.

Both fighters are looking to have their potential fight take place on April 9. Although no contract has been signed, the two seem eager to step into the octagon with each other.

Gilbert Burns hasn’t fought since his unanimous decision victory over Stephen Thompson at UFC 264. Meanwhile, Khamzat Chimaev is undefeated with his most recent rear choke victory over Li Jingliang at UFC 267.

Khamzat Chimaev’s bold claims may be difficult to defend considering Gilbert Burns never exploited during his UFC tenure. He lost four times, twice by knockout and the other two via the judges’ scorecards.

Gilbert Burns’ Brazilian Jiu-Jitsu pedigree is well decorated with three IBJJF World Championship wins. Additionally, he won the second place title in the 2007 IBJJF Championship when he was just a brown belt.

It was after this second place that Burns received his black belt from his trainer Rafael Fofitio. If the Allstar fighter keeps his promise, he would be the first person to submit the 14-year-old black belt in the octagon.

Although the No. 11-ranked welterweight’s track record isn’t as extensive as Burns’, he still has a few submission victories on his pro record. The Swede has submitted four of his opponents, the most recent being the aforementioned rear-naked choke win over Li Jingliang. 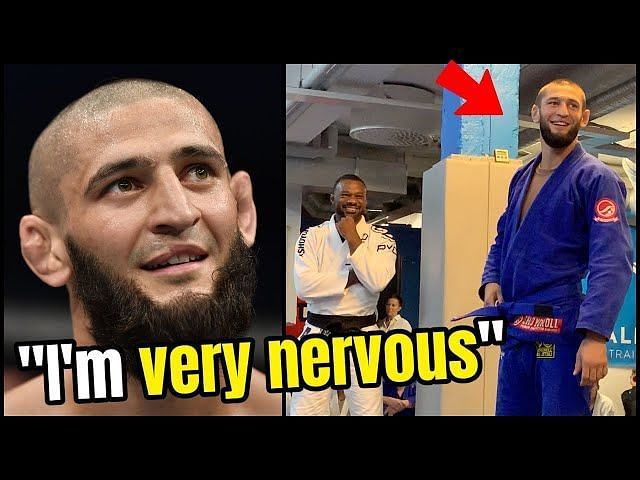