Michael Bisping thinks the beef between Dustin Poirier and Colby Covington is personal. Reacting to “The Diamond” by saying “it’s on sight” with Covington, Bisping said he expects violence if the two fighters are in close proximity to each other.

Colby Covington vs. Dustin Poirier has to happen.

Colby Covington vs. Dustin Poirier has to happen. https://t.co/gmgMQP3EUC

Covington ridiculed Poirier for crying after his loss to Khabib Nurmagomedov at UFC 242 in 2019. Subsequently, Poirier let Covington know that the next time they cross paths at the American Top Team’s gym, the showdown would be physical nature.

In a recent episode of the Believe me podcast, Bisping weighed in on the ongoing beef between former ATT teammates. He said:

“Hey, fair enough, if he [Poirer] says that [referring to Poirer saying ‘it’s on sight’]. These are big words. “

“But usually, when someone like Dustin Poirier said ‘it’s on sight’, unless they’re both in the joke, those are pretty serious words… If someone told me that and that I heard that there was going to be somewhere, I would have things to go down. “

Check out Bisping’s comments in the video below:

Following his loss to Charles Oliveira at UFC 269, Dustin Poirier hinted he could move up to the welterweight division down the line.

In an appearance on MMA time along with Ariel Helwani, Poirier revealed that he isn’t too keen on the drastic weight cuts ahead of the fights and is considering a weight class change. He said:

“I don’t know if I’ll ever do this cut again. I might never fight at 155 pounds again. I don’t know the future.”

Watch Dustin Poirier’s full interview on The MMA Hour below: 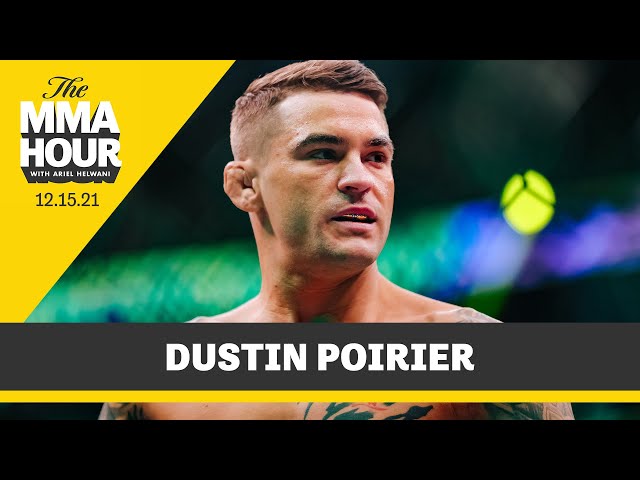 If he moves on to welterweight, fixing the issue with Colby Covington will be a top priority for “The Diamond”. Additionally, Covington is one of the best contenders in the division and beating him could potentially pave the way for a future 170-pound title.

LOOK: Will we ever see Jake Paul inside the Octagon?