In his post-fight interview, “Funk Master,” who successfully defended the belt against Petr Yan at UFC 273, called out former champion TJ Dillashaw. “The California Kid” thinks it’s an exciting fight, but listed other fighters fans might consider more deserving. Speaking to Helen Yee, he said:

“TJ got that win over Sandhagen, it’s a close win that could have gone either way… I think TJ would be a good win for Aljo.”

Faber was asked who else the bantamweight champ might face in the octagon, to which the Hall of Famer replied:

“There’s ‘Suga’ Sean O’Malley, we’ve got Jose Aldo who’s had an incredible streak and looks the best we’ve seen in a very long time, Cody [Garbrandt] must get a win or two. I think it would be a great match with Aljo and Cody.”

Aljamain Sterling was looking to silence his doubters when he defended the belt against Petr Yan. After his successful title defense, Sterling will have his sights set on the rest of the division. There are multiple fighters claiming a title shot, and each is an exciting matchup against the champion.

Aljamain Sterling’s split decision victory at UFC 273 was the bantamweight champion’s first defense of the title. While questionable circumstances led to ‘Funk Master’ winning the belt, the fighter silenced most of his doubters as he walked away victorious in the rematch against Yan.

In the post-fight interview, Sterling, who saw Dillashaw at No. 1, called out the former bantamweight champion, referring to his two-year ban for a failed drug test in 2019.

Watch the interview below: 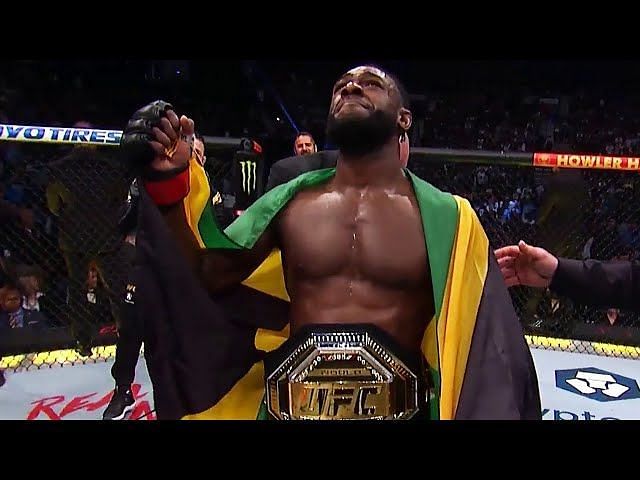 After serving his suspension, “Lieutenant Dan” returned to the octagon to take on Cory Sandhagen. The two bantamweights put together a classic that led to a slimline split decision win for returning Dillashaw.

Sterling believes a victory over Dillashaw will help cement his legacy as a bantamweight champion and enjoy beating a fighter he feels has never been clean.