Stephen Thompson has suggested that UFC welterweight champion Kamaru Usman (170lbs) is unlikely to succeed at light heavyweight. Usman recently revealed that he plans to skip the middleweight division (185 lbs) and enter a super fight for the UFC light heavyweight title (205 lbs).

‘The Nigerian Nightmare’ is interested in becoming a two-weight UFC champion but has declined to go for the UFC middleweight title as it is currently held by his friend Israel Adesanya.

“Wonderboy” and his brother recalled that Kamaru Usman also pursued a boxing match against boxing superstar Saul “Canelo” Alvarez. They agreed it wouldn’t work out well for Usman.

“You’re crazy, man… It’s wild. I don’t see that at all, man. Thompson then offered an Usman-Adesanya matchup and noted, “I mean, if those two [Usman and Adesanya] – I know they’re buddies – but, I mean, why don’t you get up there and fight [Robert] Whittaker. What’s the worst thing that can happen? You are knocked out. I mean, not Whittaker, “Izzy.”

Additionally, Thompson felt that an Usman-Adesanya match would net both fighters massive salaries. He added that Usman and “Izzy” could still be friends after the fight.

Ahead of his rematch against Robert Whittaker at UFC 271 which took place on Feb. 12, Israel Adesanya spoke to Yahoo! Sports and labeled Kamaru Usman the greatest MMA welterweight of all time. ‘The Last Master of Style’ said:

” His reign [Usman], he is the greatest welterweight of all time. He is. I am inspired by it, and for me, Francis [Ngannou] has a new fight, Kamaru has this new knockout power, and yeah, stay tuned, you might see some surprises this weekend if that comes up. 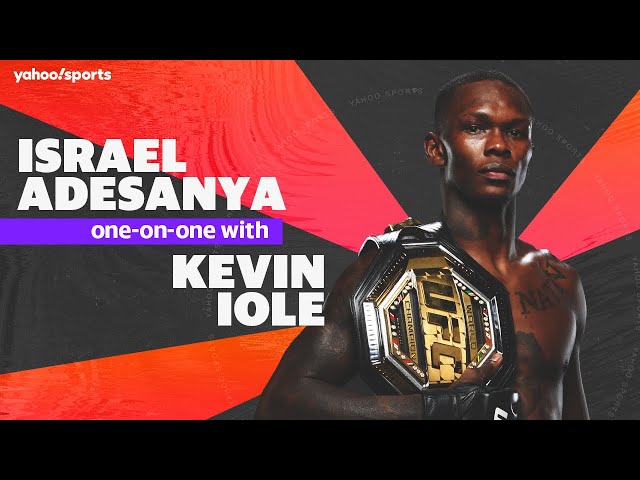 Adesanya defeated Whittaker by unanimous decision at UFC 271 and hinted at defending his middleweight belt against Jared Cannonier next June. Meanwhile, Usman – who recently underwent hand surgery – is likely to defend his welterweight title in a rematch against Leon Edwards at UFC 276 on July 2.

Kamaru Usman had surgery to repair a ligament in his hand, manager Ali Abdelaziz says @marc_raimondi.

Abdelaziz said Usman is targeting a return for International Fight Week at UFC 276 at T-Mobile Arena on July 2.

Kamaru Usman had surgery to repair a ligament in his hand, manager Ali Abdelaziz says @marc_raimondi.Abdelaziz said Usman is targeting a return for International Fight Week at UFC 276 at T-Mobile Arena on July 2. https://t.co/MQqd9srmJf