Poking fun at Cruz’s past criticism of other UFC commentators for allegedly not doing their “homework,” Bisping asked “The Dominator” if he had done his own research.

“When it comes to Daniel Cormier, you know I usually mute him. I love DC, he’s my friend. But for me, in my experience, he doesn’t homework. He wants in and out. Do the work, earn his money and I think he cares about us. But that’s just different, he doesn’t do the prep. He could now. I hope that he’s watching a movie this time about me. So he knows what I’m doing and why I’m doing it. But I’m not going to hold my breath on it. That’s for sure.”

DC and Cruz had a chat on Cormier’s YouTube channel regarding his aforementioned comments and respectfully buried the hatchet.

Michael Bisping also joined in their conversation and joked with Cormier and Cruz, as seen below: 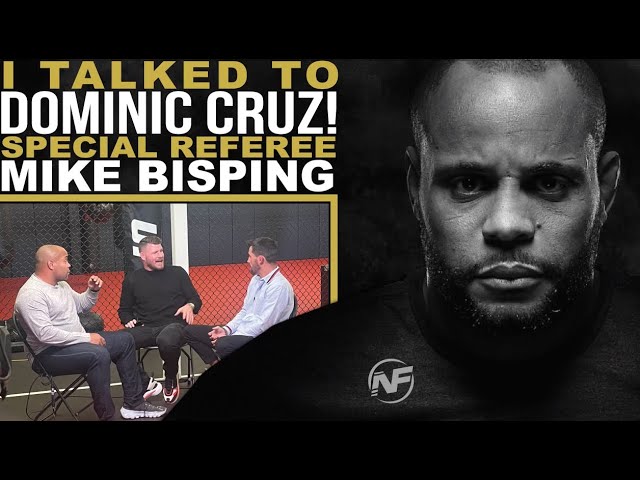 While Cormier and Cruz seemingly dropped the incident, Bisping now seems to have revisited it by mocking Cruz about his research as a commentator.

Cruz and “The Count” work as commentators at the ongoing UFC Fight Night: Kattar vs. Chikadze event. Bisping tweeted a video of his interaction with Cruz at the event and said:

“So, 1 p.m., that’s 18 minutes from now, we’re live on ESPN.” Bisping turned his attention to Dominick Cruz adding, “Dominick, I have a question – A question – Have you done your research?”

Sean O’Malley on a potential match against Dominick Cruz

In an appearance on Michael Bisping Trust me podcast, UFC bantamweight Sean O’Malley pointed out that beating a star like him could eventually earn ‘The Dominator’ a title shot.

Pushing for a fight against Cruz, ‘Sugar’ said:

“When Dominick Cruz comes out and says he doesn’t want to fight me, he wants to fight, fighting me could give some of these guys a title shot, realistically.”

Neither the next bouts nor the respective return dates for O’Malley and Cruz have been revealed at this time.

Cruz has always maintained that he would like to face higher ranked fighters than him rather than face lower ranked bantamweights like O’Malley. “Sugar” is currently No. 12 in the UFC bantamweight rankings.