Nate Diaz has given the world of combat sports several memorable moments over the years. Among these was one that showed Diaz’s fearlessness early in his career – his verbal altercation and near-brawl with Karo Parisyan.

Nate Diaz almost got into a fight with Karapet ‘Karo’ Parisyan, better known as Karo Parisyan, while filming the reality show TUF (The Ultimate Fighter) 5. The show, which aired in 2007, featured Diaz as one of many lightweights looking to win TUF Season 5 and land a UFC contract.

The season featured lightweights, who were split into two separate teams – Team Penn, led by BJ Penn; and the Pulver team, led by Jens Pulver. Nate Diaz was part of Team Pulver and ended up winning the TUF 5 by beating teammate Manny Gamburyan in the show’s final.

However, it was preceded by one of TUF’s most iconic moments. Nate Diaz bravely held his own against then-UFC welterweight Karo Parisyan. Parisyan was at the TUF house to train with his cousin Manny Gamburyan.

In episode 11 of TUF 5, Nate Diaz was upset that Parisyan was getting physical and disrespecting his personal space. Parisyan jokingly laughed at him, slapped him and grabbed Diaz by the neck.

Nate Diaz responded to Karo Parisyan by warning him that he would reach welterweight if he got any closer to him again. Fortunately, the two weren’t allowed to come to grips with it, as the other contestants and the show’s staff kept them apart. Despite all the bad blood between them, Diaz and Parisyan never faced each other in a professional MMA fight.

Watch Nate Diaz’s verbal altercation with Karo Parisyan in the video below:

Veteran MMA fighter and former UFC welterweight title challenger Jake Shields has long been one of Nate Diaz’s closest friends. In a recent interview with Helen Yee Sports, Shields opened up about Nate Diaz’s current standing in the UFC.

Nate Diaz only has one fight left on his UFC contract. Diaz and his longtime rival, UFC lightweight Dustin Poirier, recently expressed interest in fighting each other.

However, this much-discussed confrontation has not yet come to an end. Shields suggested this was because the UFC didn’t want Diaz to beat one of the UFC’s top five fighters and then quit the organization. Shields said: 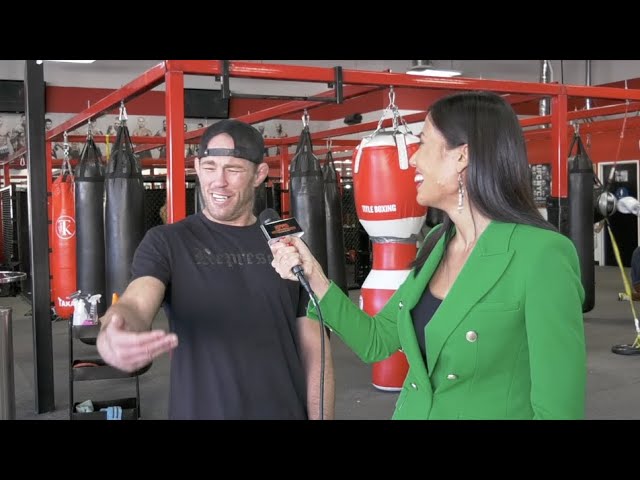